It was the fruition of Angola Cables CEO António Nunes's long-held intention, one he discussed with Broadband World News Editor Alison Diana a month before SACS was realized. "Between Africa and South America, there was no cable available. There was no connectivity directly between the transatlantic area and SACS will be bringing to West Africa -- and Angola specifically -- a diversity of routes to the Americas" he said. "Because we have cable from Brazil to the US, we have direct connectivity to South and North America."

This literally opens up Angola to a flood of new business opportunities, especially in the hyper-speed-sensitive financial markets, Nunes said. By directly connecting to Brazil, for example, Angola Cables reduced latency to 63 milliseconds versus 230 milliseconds prior, he noted.

Steering Into the Wind 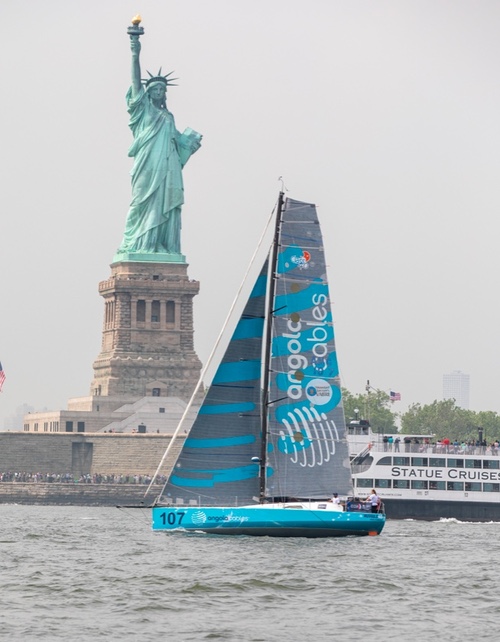 Angola Cables, participant in the Atlantic Cup, expects its smaller size will help the wholesale telco steer through turbulent waters and uncharted seas of opportunity.
"The financial industry is already one of the clients. Research institutions are also chasing capacity. For research, it's also important to have a low-latency path. We're also talking about big capacity," said Nunes. "Now, the telescopes in South America can be linked to African research institutes, connecting an important piece of investigative equipment."

Reeling in new opportunities
The Brazilian communications landscape is cluttered with competitors; add in content creators and OTT providers and it's even busier, according to Nunes. Residents of the African continent -- and potential customers of Angola Cables clients on both sides of its new pipeline -- will, no doubt, enjoy much of this newly available fare, he said.

"The telecom market in Brazil is very disruptive. They have a huge production of digital content," added Nunes. "We are expecting that Africa will consume much more digital content from Brazil. There will be a decrease in cost and increase in quality."

And language is no barrier. While Brazilian producers may originally film in Portuguese, they often produce content in multiple languages or immediately offer translated versions, said Nunes.

With SACS, Angola Cables places itself squarely in some of the most well-established, mature markets -- something the company's CEO recognizes and relishes. The multi-national telecommunications wholesaler is able to more easily provider customized services, he told BBWN.