San Jose can expect a surge of small cell deployments and increased fiber infrastructure from AT&T as part of a new public-private smart cities partnership.

The decision to support the California metropolis in building smart city infrastructure is the result of continued discussions with local officials and is the "culmination of a lot of work and good leadership in the city of San Jose with Mayor Sam Liccardo and Smart City Lead Dolan Beckel," Mike Zeto, vice president of IoT at AT&T told Broadband World News. 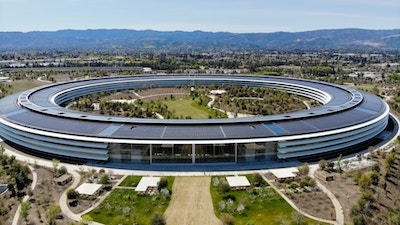 As the home to high-tech leaders like Apple, San Jose leaders were convinced about the value of smart city infrastructure, technologies and use cases, said AT&T's Mike Zeto.
"With San Jose sitting in the middle of Silicon Valley and having forward-thinking leadership, it certainly made it easy for us to decide to focus some resources there," Zeto said in an interview.

Network densification will not only come from small cell deployments; AT&T also plans to continue expanding its fiber network in the area to increase capacity of the wireless network and support future 5G deployments. Nearly 100,000 San Jose residents currently lack a broadband connection at home, according to a blog post on Medium last October by San Jose's Smart City Lead Dolan Beckel Beckel.

"When we talk about IoT and smart cities solutions being connected, they'll be connected many different ways -- that could be fiber, cellular, WiFi, 4G LTE, 5G eventually and LTE-M," said Zeto. "Fiber is one connectivity option and then once you have 5G those 5G small cells will be connected with fiber as well."

Zero in on the most attractive 5G NR deployment strategies, and take a look ahead to later phase technology developments and service innovations. Join us for the Deployment Strategies for 5G NR breakfast workshop in LA at MWCA on September 12. Register now to learn from and network with industry experts -- communications service providers get in free!

"From a network perspective, this [partnership] will allow us to deploy our network faster and more efficiently and bring that to the citizens of San Jose much quicker than in some other areas," Zeto said. "The solutions that will ride on top of that network that really start to add value from creating a safer, more liveable, more efficient city will be deployed in these innovation zones to start."