Virgin Media sees a day of downtime, delays and hiccups

Virgin Media said it has fixed an hours-long broadband network outage in London and surrounding areas affecting several thousand customers and keeping many of them from work all day. And that wasn't even the only outage affecting Virgin's UK network today.

"We're pleased to say the London broadband issue is now fixed. We're sorry once again and we realise this was a frustrating situation for those affected," the company posted at 4:25 p.m. local time, even as customers were still complaining online that they couldn't get connected.

The company first acknowledged the outage just before noon local time, but that was a couple of hours after customers were causing it to trend on Twitter:

We're aware that some customers in parts of London are experiencing an issue with their broadband.

This means that, while affected customers may still be connected to their Virgin Media router, they will not have Internet access so web pages and other services will not load. pic.twitter.com/gaM07iklvN

Compounding the issue was the fact that areas that had a lot of Virgin customers found their mobile service overloaded, too, as folks were calling in and holding for tech support.

Also adding to the confusion is the fact that Virgin was simultaneously dealing with two other outages, not just a broadband hiccup. The Guardian reported on Thursday that Virgin "had been hit by two outages, separately affecting TV customers and broadband users. The TV glitch affected customers around the country, while the internet outage hit parts of London only," the paper wrote. 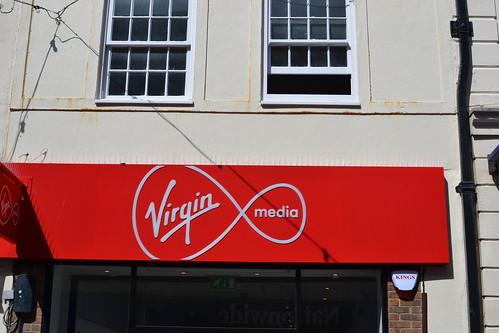 The timing is tough as the ISP just a few days ago was talking about the massive increases in data usage and uploads on its network, which had held up pretty well, all things considered. The company wrote in a blog post:

During the busiest week of the lockdown, Virgin Media customers were downloading a third more data than before, burning through an extra 32.5GB compared to February. With that much additional broadband use, an average consumer would be able to stream more than 40 hours of standard definition video, receive more than 5,000 emails and listen to than 700 hours of music. This extra activity means that in total, the average user has downloaded an extra 325GB of data since lockdown started on top of what theyd normally use.

These increases come as 99% of Virgin Media customers are now taking speeds of 100Mbps or more, resulting in an average network speed that is more than double the UK average. This has meant that Virgin Media households have had some of the nations best broadband to help them stay connected during the lockdown.

The ISP hasn't replied to inquires about what caused the outages or whether the company expects more network repairs to follow in the coming days.