Trial customers for the "Sneller Internet Buitengebied" -- faster Internet in rural areas -- have been steadily and carefully added over the past two years and currently total around 30,000, added Dennis van Maren, a consultant at KPN, in an interview with Broadband World News. Of the approximately 450,000 rural households in the Netherlands, 250,000 are KPN customers; of those, about 150,000 have the slow speeds, he noted.

Bringing Faster Broadband to More of the Netherlands 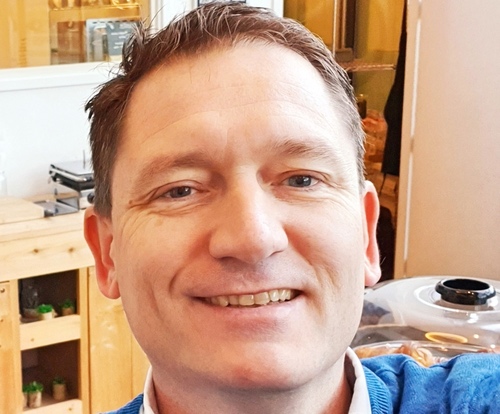 The hybrid access solution delivers faster speeds, cost-effectively, to rural customers, said KPN's Dennis van Maren. (Photo source: Dennis van Maren)
The hybrid network uses a DSL router kitted out with both a DSL and 4G interface to connect users. The router also features a software-based TCP-MultiPath TCP (MPTCP) proxy so the TCP stack on devices such as PCs, laptops and tablets will automatically connect and communicate, according to Tessares.

Those subscribers testing hybrid access service liked the results so much that KPN's NetPromoter score increased 27 points, said van Maren. The CSP decided to deploy the infrastructure to all rural subscribers with speeds of less than 30 Mbit/s, he said.

Competitive move
Fiber is relatively easy to lay in the Netherlands' sandy soil, van Maren said. But labor is costly and less urban regions have a higher total cost of ownership.

In the face of increased competition from cable operators and demand from rural customers who want faster speeds at reasonable prices, KPN determined fiber was not an affordable option -- at least today, he said.

"In the cities, the cost to roll out fiber is around 700 to 1,000 per household. When we go to rural areas, it goes from 4,000 to 7,000 per household. At this moment, it is too expensive for us to invest in," said van Maren. "Fiber for rural households will happen eventually, but it will take a long time, so the hybrid access is a great solution for KPN to provide our customers within the Netherlands at least 50 megabits per second."

"KPN focused more on upgrading the copper network, but due to the fierce competition -- third-party rollout and gigabit deployment of cable operators -- we were forced to increase the fiber rollout again," van Maren said. "The previous years we have lowered the number of the FTTH deployment [so] only new buildings were provisioned with FTTH. From 2019 to the end of 2021 we anticipate connecting an additional 1 million homes passed. This is around 6,500 [premises] per week."

Much of the fiber investment will go to 5G, but KPN will use some to serve fixed-access broadband. However, the incumbent expects its use of hybrid access technology from Tessares will bring rural customers the speeds they need at the prices they want, said van Maren.

Relying on a legacy
KPN's copper is in good condition, mainly because of that sandy soil, he said. The ADSL and DSL connections also remain in good condition and rarely need replacing, van Maren added.

The Dutch government's mandate that KPN's mobile network cover 99% of the country means most rural areas have 4G available, but most of that cellular network is under-used, he said.

"Currently we are using 20% of the total data capacity of the mobile network and 20% of it is hybrid access customers," said van Maren. "In the rural areas we have a lot of mobile coverage but there are not a lot of users there, so we have a lot of capacity available there that we can use for the hybrid mesh network."

Even with the eventual arrival of 5G, more bandwidth-hungry applications like IoT and video streaming by rural subscribers and perhaps more competition from new operators in the area, KPN hopes its hybrid access offering sates rural subscribers' hunger for broadband services.

"If you can get 1 gigabit for 35, you're going to take it. In rural areas, it's 4 megabits for 50. The rural areas are very demanding right now. We want to adjust to make our customers happy," he said. "In the rural areas, because we are behind market share and because they are 10% of the KPN base, if we lose that part of the revenue, it will be significant and that's why we are investing a lot in technologies like hybrid access."