Unlicensed 5G applications open a new world of benefits to enterprises large and small, given their use of exceptionally wide bandwidth or broad channels at a time when other spectrum is nearing exhaustion.

WiFi spectrum may soon be overloaded, warned WifiForward last year. The coalition of companies, organizations and public sector institutions also predicted in its 2018 report that the economic value of unlicensed spectrum will exceed $834 billion by 2020. 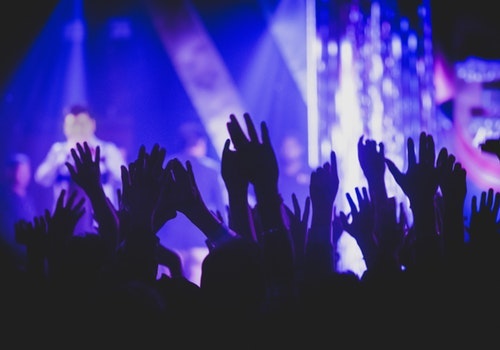 Early use cases included hotel conventions, concerts and other inside events, as well as allowing healthcare professionals to speedily and easily transfer large amounts of data. (Image source: Rahul from Pexels)
Initially, organizations used unlicensed spectrum for quick data downloads and high traffic surges indoors. They may have turned to unlicensed spectrum to support event attendees in a hotel, conference center, concert hall or other large venue. Or, perhaps, to enable medical professionals to speedily download data from healthcare imaging systems -- x-ray, mammogram and MRI scanning data -- to laptops and smartphones inside the hospital or treatment center. Other examples include wirelessly backing up laptops to servers; data-streaming high-def videos, where users need multi-Gigabits of capacity in real-time and, for indoor, short-range consumer-oriented applications.

Today, advances in chipsets are evolving to close the digital divide outdoors. These engineering steps are closing the last mile gap -- a measure of approximately 200 meters to 300 meters between access network and residence or wireline hub and office premises. This feat also opens unlicensed spectrum opportunities to mobile infrastructures, such as providing continuous connectivity from track to railway train.

There are additional challenges in using licensed or unlicensed wireless spectrums outdoors. Weather can be a problem, especially in areas where extreme temperatures are likely. However, robust, integrated chipsets capable of overcoming very hot or cold temperatures and transmitting on high frequencies already exist.

Two examples of companies using these unique chipsets are Cambridge Communications Systems and Blu Wireless. Cambridge Communications is developing point-to-multipoint and mesh network products, both as a backbone network for wireless connections between nodes and to connect to more residential and SMBs in an application that replaces traditional, proprietary customer premises equipment (CPE).

"Cambridge Communications is developing a product, called MeshNet Node, with a connected CPE node. In essence, they are addressing both the small-cell backhaul and fixed wireless access use cases and with their close cooperation with ADTRAN, they are part of a very strong offering of true broadband services to the market," Patric Erlandsson, vice president of sales and marketing at Sivers IMA, told Broadband World News.

Staying Connected While Riding the Rails 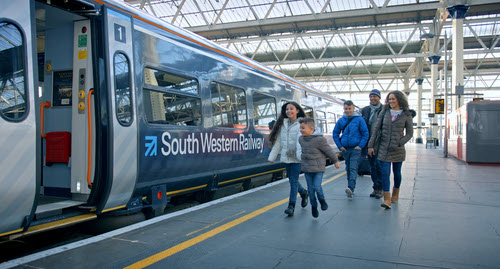 "In real time, Blu Wireless has tested vehicles running at speeds of up to 160mph, achieving incredibly high data rates that exceed 1.5Gbit/s. They plan to start a trial network later this year in the UK. They will have a bigger trial network next year in the UK as well," Erlandsson added.

Products designed to facilitate these unlicensed spectrum uses build on the 802.11ad (WiGig) standard. Now, of course, vendors are exploring higher bandwidths together with longer reach and see opportunities with the 14GHz of available bandwidth in the 60GHz band.

A few years back, the Federal Communications Commission opened and extended the 60GHz band to 71GHz, making 14GHz of spectrum available and now agencies in other countries have taken similar steps to open up and extend this unlicensed spectrum, too.

"Timely availability of spectrum applies to all frequency ranges, including the mmWave frequencies, as well as licensed and unlicensed bands. Licensed bands will be crucial to 5G development as they allow quality control and the maximum potential to be realized, and also drive the equipment market," wrote GSMA analysts in a report. "Additional unlicensed spectrum may also be required to ease capacity constraints by helping operators deliver exceptionally high data throughput in hotspot areas. In the US, the FCC has proposed unlicensed frequencies in 5771GHz for 5G use and has authorized LTE-U and LTE-LAA devices in the 5 GHz band."

The more bandwidth and spectrum available for use, the more data that can be rapidly pushed through it. But there are additional considerations as well. For one thing, the 60GHz band has reduced range which limits some applications. At 60GHz there is a high level of attenuation due to water or oxygen absorption which typically makes it less useful for traditional communications applications. At the higher bands between 64GHz to 71GHz, the level of attenuation is lower. At these frequencies it is possible to reach much further with gigabit throughput and good quality.

In the extended 60GHz band, vendors already reached speeds of 1 Gbit/s at 1km distance with standard configured products. In other words, this technology is mature and capable to be used outdoors, in a more robust environment, with more demand of data and higher throughput.

As many countries and companies seek full nationwide coverage, unlicensed spectrum and fixed wireless access are components with large potential, especially in rural and congested urban areas. Unlicensed spectrum is a powerful business or national asset, one whose importance will grow as products become available and operators and their customers recognize they need multiple tools and a variety of approaches to create full coverage across a region or organization.