The competitive threat posed by fixed wireless access (FWA) services has its share of bulls and bears.

On the more bullish end of the spectrum, the financial analysts at LightShed Partners believe that FWA aggression from Verizon and T-Mobile are poised to take advantage of cable's slipping hold on the market. They view 2022 as the year wireless operators establish a viable home broadband service thanks in part to the deployment of large swaths of spectrum.

T-Mobile expects to sign up between 7 million to 8 million FWA subs by 2025 and serve an addressable market of about 30 million homes.
(Image source: T-Mobile)

LightShed Partners expects Verizon and T-Mobile to add about 1.8 million wireless home broadband subs this year, more than doubling their total in 2021. If so, that will certainly encroach on the 2.4 million broadband subs they expect Comcast, Charter Communications and Altice USA to rake in this year.

Meanwhile, the analysts at MoffettNathanson aren't quite as convinced that FWA will mount a serious threat, partly because of capacity challenges operators will face as they bring subscribers onto the platform. They also wonder if it makes sense for mobile operators to get too aggressive with FWA, considering the much higher value on a per-gigabit basis they get from their respective mobile bases.

But MoffettNathanson does acknowledge that both Verizon and T-Mobile have ramped up their focus on FWA even as AT&T views it as a more limited option  just last week AT&T CEO John Stankey submitted that wireless networks "will have difficulty scaling in certain segments of the market."

"There's been a sea change in the rhetoric about fixed wireless" with respect to Verizon and T-Mobile, Craig Moffett, analyst with MoffettNathanson, explained in a research note distributed via email. "We're admittedly still struggling to understand it ... It doesn't seem, to us, that it all adds up."

Still, both T-Mobile and Verizon see FWA as promising. T-Mobile expects to have between 7 million to 8 million FWA subs by 2025, and views an addressable market of about 30 million homes that are suitable from a signal quality and capacity standpoint. Verizon, meanwhile, is committing to about $1 billion in FWA revenues by 2024, which MoffettNathanson equates to roughly 1.7 million customers (Verizon ended Q3 2021 with about 150,000 FWA subs).

Looking beyond subscriber forecasts, MoffettNathanson questions whether there's enough capacity to go around to fulfill subscriber targets, and if getting aggressive with FWA makes business sense. 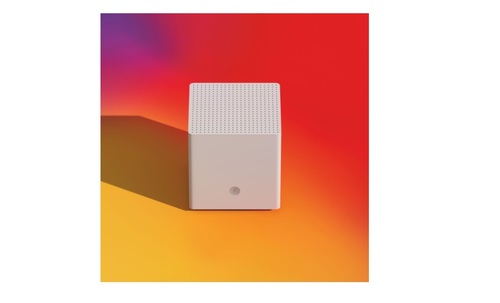 Moffett views T-Mobile's forecast, which implies 23% to 30% penetration of addressable homes, as an "arguably absurdly ambitious target." However, T-Mobile execs told MoffettNathanson that the operator will set a "cap" on the number of FWA customers it can handle in a given market, and will close down access until a customer churns off. Moffett presumes that number will vary by sector, based on projections of mobile data consumption.

"As sectors 'fill up,' the remaining demand will have to be matched to a smaller and smaller remaining 'available' footprint," Moffett explained. "As the denominator of targetable homes shrinks, the requisite market share to achieve targets will begin to spiral higher. Growth will get awfully hard to come by after a time."

And he's not convinced that T-Mobile's full deployment of 2.5GHz spectrum will provide enough capacity to help fit the bill for FWA as the company's base of mobile 5G users expands and data consumption climbs in the coming years. Moffett points out that T-Mobile 5G subs on the Magenta Max plan are using about 35 Gigabytes per month now and T-Mobile expects to see that more than doubling to 70 GB to 80 GB within three years.

To put that into further perspective, OpenVault's data shows that the average cable broadband household already uses about 434 GB per month, roughly 40 times more than the average unlimited wireless customer.

"Assuming similar growth rates in data consumption (again, around the 35% CAGR historical average for both categories), T-Mobile's guidance for 7-8M fixed broadband customers by 2025 would be the equivalent of adding between 280M and 360M new mobile customers," Moffett explained. "They ended 2021 with about 70M post-paid phone subscribers, so meeting their 7-8M subscriber guidance would grow their total network load between four and five fold."

On the financial end, the analyst notes a typical T-Mobile FWA household generates about $50 of revenue per month, or about $0.10 per GB, while an unlimited mobile customer brings in about $48 per month, or $4.36 per GB.

"As a business matter, it would be hard to imagine prioritizing $0.10 per GB customers over $4.36 per GB customers; one would therefore assume that T-Mobile will be incredibly careful to ensure that FWA customers dont impede the experience of vastly more valuable mobile customers," Moffett wrote.

Can FWA serve as a 5G spark?

But he allows that the mobile operators know all this, making it a head-scratcher as to why Verizon and T-Mobile are so enraptured about FWA. It may be that they are scrambling for new revenue-generating options as the anticipated growth of their 5G businesses, which hinge on services such as private networks and mobile edge compute, is not living up to the hype.

"One possible, if rather dispiriting, answer is that other 5G revenue streams once hoped for now look less promising," Moffett wrote.