The Broadband 50 to Watch

According to data gathered by Cisco Systems, the world will have 5.3 billion Internet users by 2023. The population that year is forecast to be around 8.1 billion. In the US alone, according to the FCC, there are nearly 17 million school children who lack the Internet at home. While there is a lot of work left to shrink the digital divide, there is also another undisputed truth about broadband: The more we have, the more we want.

The global average broadband speed continues to grow and will more than double from 2018 to 2023, from 45.9 Mbit/s to 110.4 Mbit/s, according to Cisco. By 2025, 34% of North American broadband homes are forecast to subscribe to speed tiers above 500 Mbit/s, according to Omdia. So those are the two extremes: Some aren't connected at all. Some can't get enough. All of it poses a staggering opportunity ahead for the communications executives in this space.

To help navigate what's happening in this part of the global communications marketplace, we've compiled the Broadband 50 to Watch, a list of influential leaders, innovators and disrupters who are connecting the world in 2021. We're keeping an eye on these executives and think you should, too, as they're moving this part of the industry forward. Below you can read about the industry leaders who made the top ten and why, followed by a chart documenting the full 50.

If you hand over some contact details to our parent company, you can also download the Broadband 50 to Watch a PDF. 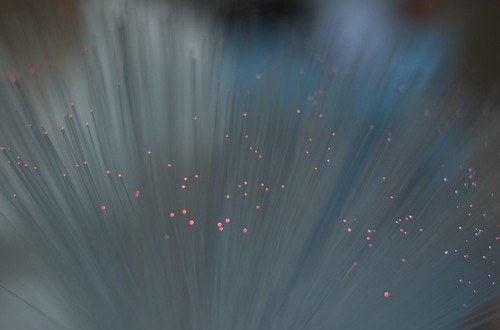 "fiber optic light" by Tim Pierce is licensed under CC BY 2.0

Here's a table of the full list of this year's Broadband 50 to Watch:

The Broadband 50 to Watch was compiled by editors and analysts across Informa Tech, including journalists from Light Reading, and analysts from Omdia. Download it as a free PDF here.