Nokia released three new products in two days, with all focused on addressing pain points operators and end customers have brought to the vendor's attention: Of note, Nokia brought network slicing to fixed access networks, a capability previously available only to wireless providers, and took the wraps off a solution designed to ultimately guarantee multi-vendor PON interoperability.

Today, Nokia turned its attention from virtualization to visualization; by reducing the size and increasing the potency of new members of its fixed wireless access (FWA) antennas, it hopes to make this technology more attractive and usable to residential customers deterred by earlier, bulkier models found across the industry. If homeowners do not want large, ugly antennas to power their home networks, then the antennas must be smaller and less obtrusive to a home's décor, is the thinking.

Here's a closer look at what Nokia unveiled this week:

"Within each virtual network you have complete control over the nodes or the line cards or the ports or the systems that are part of your slice of the network and there are two benefits for a single operator. It means you can use a single network infrastructure to run and deliver different services," said Vanhastel. "If you have a fixed-access network or a fiber access network, for example, you can use the same network to deliver residential broadband services and also, for example, do 5G transport, 5G fronthaul. That's getting more and more important as operators start to realize that deploying a 5G network will mean they are building a fiber-access network with a little bit of 5G at the end. You can obviously choose to build a second network to do that or just reuse the network that's already there. And not surprisingly, you can save about 50% each year if you reuse the existing network. Thats something you can do today, using collaborative VLAN approaches but with slicing you get more control over the network, over the quality of services, over the SLAs"

Nokia's fixed network slicing solution uses open interfaces and YANG data models to replicate the look, feel and operation of a physical network, according to the vendor. Providers operate their own dedicated controller with a dedicated view of their network slice so they have control over all their differentiated broadband services in their multi-vendor network environment, Nokia said. Products from multiple vendors can sit next to each other on the same or different network slices, and the solution lets operators automate processes like rules, multi-vendor integration tasks and regulations, it noted.

"Operators are rethinking how they build, operate and monetize their high-speed infrastructure. Fixed access slicing has the potential to change the game -- not just for enhancing existing business models but also to help some deliver, better, lower cost services than what was previously possible," said Benoit Felten, chief research officer at Diffraction Analysis, in a statement. "I believe that adoption of fixed network slicing will rapidly change the landscape in the fixed broadband market, and those who are late to join will undoubtedly suffer."

Multivendor ONU Connect
"What we've done is we've virtualized GPON interop," said Vanhastel, proceeding to the next announcement of the week. "GPON interop has been a challenge for the industry for the past decade or so, ever since I started at this job! We've gotten to the point where GPON interop - connecting third-party fiber modems, ONTs, to fiber access nodes or OLTs, is always possible but it's never easy. With some of the newer OLT vendors it can take six months -- or more -- to get all the testing done, to get all the tweaks in the software, to basically fix bugs. It's a nightmare scenario, not just for us, but for the operators." 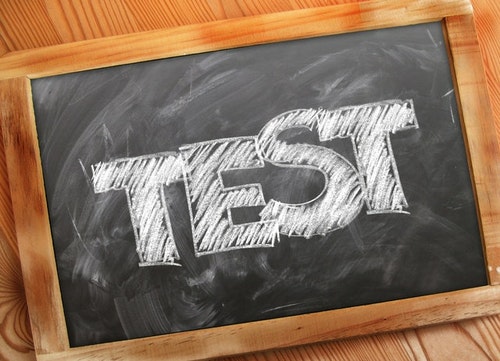 PON interoperability has long been an industry pain point and Nokia's "driver-like" approach will save time and money for operators, ONT vendors and Nokia, said Stefaan Vanhastel in an interview.
With its second announcement on Oct. 10, Nokia seeks to address yet another industry interoperability concern: eliminating, or at least reducing, operators' need to test and test again to ascertain whether, how or if different GPON vendors' products work nicely together. Because each optical network unit (ONU) has its own ONU Management Control Interface (OMCI) implementation, it takes between 3 months and 6 months for each operator to introduce a new ONU to their infrastructure, a timespan that increases testing costs by more than 50%, according to Nokia, which cited a study by the Broadband Forum. The report (interesting as it is) was dated 2013 and it's difficult to decide whether five years has increased, decreased or had no effect on that testing timeframe. (What do you think?)

"I'm probably dating myself, talking about PCs, but when you bought a new printer, it came with a disk -- a CD -- that you used to install new software, a driver, for the printer and the printer magically works," Vanhastel said. "We are taking the same approach. If you want to connect a third-party ONT, that ONT vendor will have to provide a driver -- we will provide the specifications on how to build that driver of course -- and we plug it into our virtualized management infrastructure, and that ONT will just work. It's good for us and the ONT vendors because it means the ONT vendors are not responsible for the communication bet software and actual device. For the operators, they can now easily integrate any third-party ONT with our OLTs."

Nokia is working with one operator and one ONT vendor today. The vendor expects, having just released the driver specifications, that number to soon increase, Vanhastel said.

Nokia had a 4G to the home solution in 2017 but, over the last year, it's added a number of small, incremental enhancements that when seen alone don't appear that impressive, but when seen combined add up to powerful improvements, said Vanhastel. "It's a more compact antenna. It's antennas with higher gain. These improvements make 4G to the home actually deployable. If you have to send a technician to a home to mount a 4G antenna and carefully align it with the nearest cell tower, the business case is never going to fly," he noted. "You want something you can ship to a consumer, they can mount on the outside wall unobtrusively or even just put in their living room and then you have a business case." All the announcements Nokia made around home 4G antennas this week are about compactness, ease of mounting and business case, said Vanhastel. "To me, this is the release where we make 4G to the home, easily deployable. In parallel we are working on 5G to the home, of course," he said.